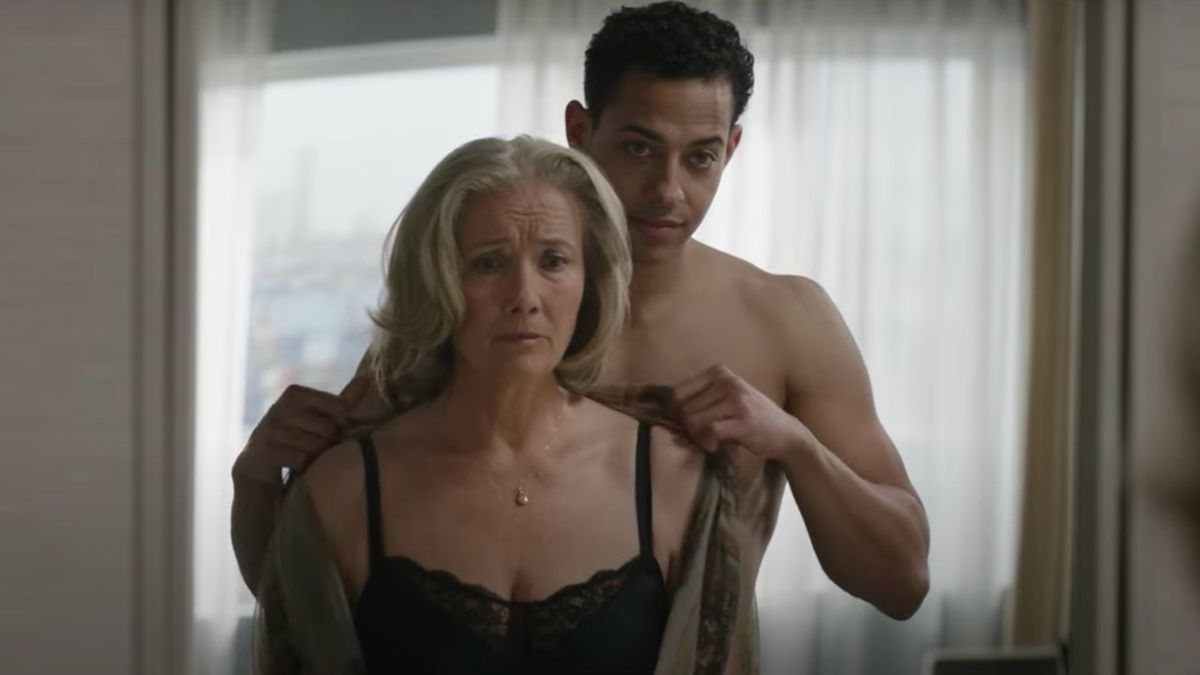 Among the many things actors get to play make believe with on movie and TV sets is sex, which can become quite uncomfortable for some actors if it’s not approached with care. In recent years, intimacy coordinators have become more prominent in productions such as Netflix’s regency romance Bridgerton, and they also became part of Outlander’s latest season. Game Of Thrones actor Sean Bean recently made comments against intimacy coordinators, saying it can “spoil the spontaneity” on set, leading to a ton of backlash. The latest response to his comments comes from Cruella and Love, Actually actress Emma Thompson.

Thompson filmed nude and sex scenes for the movie Good Luck To You, Leo Grande, which is about a widow who hires a sex worker. The actress previously opened up to CinemaBlend about the importance of the “right atmosphere” for her and Daryl McCormick to feel good about getting intimate on a set following previous negative experiences on sets. In light of her recent experience, the actress was caught up on Sean Bean’s controversial statements and asked about her own thoughts. In her words:

The conversation occurred on the Australian Fitzy & Wippa radio show (via Variety), where one of the hosts brought up how Sean Bean “didn’t really appreciate the work of the intimacy coordinator because he said that it spoiled the spontaneity.” While Emma Thompson had not heard his comments nor knew who Sean Bean was, she did not agree and pointed out how the presence of intimacy coordinators can really contribute to the safety actors feel on set. She continued with the following:

Sean Bean was part of one of the most sex-heavy shows in HBO’s Game Of Thrones, where he played Ned Stark until the character’s death in Season 1. Bean’s comments about intimacy coordinators on set were given early this month to The Times (opens in new tab), and he also said that turning sex into a “technical exercise” would make the natural way lovers behave “ruined.” However, Bean’s statements were challenged by his own Snowpiercer co-star Lena Hall, as in his experience, she had been “up for anything.”

Lena Hall took to Twitter after his comments went viral to clarify she is not up for anything, but shared that her experience with Sean Bean was positive and he made her feel “comfortable.” Hall also said that while she felt like she didn’t need an intimacy coordinator in the context of Snowpiercer scenes they shot, she finds them to be a “welcome addition to the set.”

Other actresses who have chimed in on this topic include West Side Story’s Rachel Zegler, who shared being grateful for having one on set of the musical, and Amanda Seyfried, who recently recalled being placed in uncomfortable positions earlier in her career and perhaps would have appreciated one on set at the time.

As this conversation in Hollywood continues to be talked about by more actors, you can check out Emma Thompson’s latest film Good Luck To You, Leo Grande with a Hulu subscription.