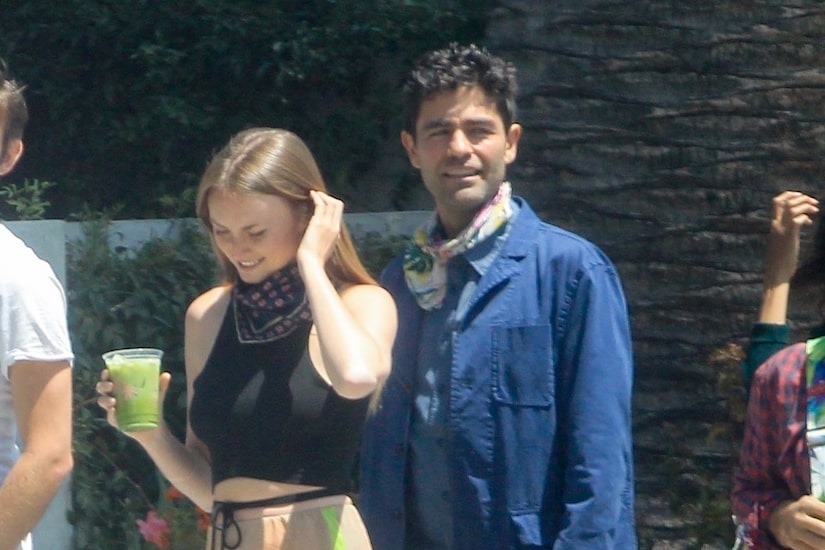 “Entourage” star Adrian Grenier, 45, is officially off the market!

Of their wedding ceremony, he told People magazine, “It wasn’t planned. We eloped in the Atlas Mountains while on vacation with friends in Morocco.”

“We embraced the serendipity of the moment and made the decision to tie the knot — literally, we didn’t have rings, so used string for rings,” he shared.

For their big day, Roemmele wore a white lace gown, while Grenier opted for a white button-down shirt and pants.

Grenier revealed that his friend RY X “even got ordained on his cell phone at dinner,” so he could officiate the wedding.

After they were announced as husband and wife, their guests tossed flower petals into the air!

Adrian gushed, “We were with a group of incredible friends, all of whom immediately rallied behind us and embraced the spontaneity of the moment. They put in so much love and effort to create a wedding from thin air.

“We couldn’t have planned a better wedding if we tried!” Adrian added. “Our hearts are filled with love and gratitude and we are just enjoying this new chapter as newlyweds.”

Adrian and Jordan first sparked dating rumors in 2017. They have kept their relationship private but have shared little glimpses into their life every now and then.

Last year, Grenier opened up about their life together in Austin. He told City Lifestyle, “When I decided I wanted to settle in Texas, I knew I wanted a partner to live that experience with me. That’s where Jordan comes in. We have a long history, and I said, ‘I’m in love, and if you are too, I want to build something together.’ Thankfully, she was interested.”

He also discussed their plans to build a wild sanctuary together. He said, “We’ll have llamas or alpacas, maybe some goats — not for a livestock operation but to keep the grass down, our living mowers, and to create manure for nutrients for the farm, compost. We’d love to create food to eat, to give to our neighbors, and to sell.”

Jordan posted about their life in Austin on Instagram. She wrote, “It has been nearly a year since moving to Austin, and what a wild ride it’s been 😜 I am incredibly grateful to my fully supportive intuition which has brought me HOME.”