‘A Thousand And One’ Review: Teyana Taylor Electrifies a Graceful Tale of Us-Against-the-World Motherhood 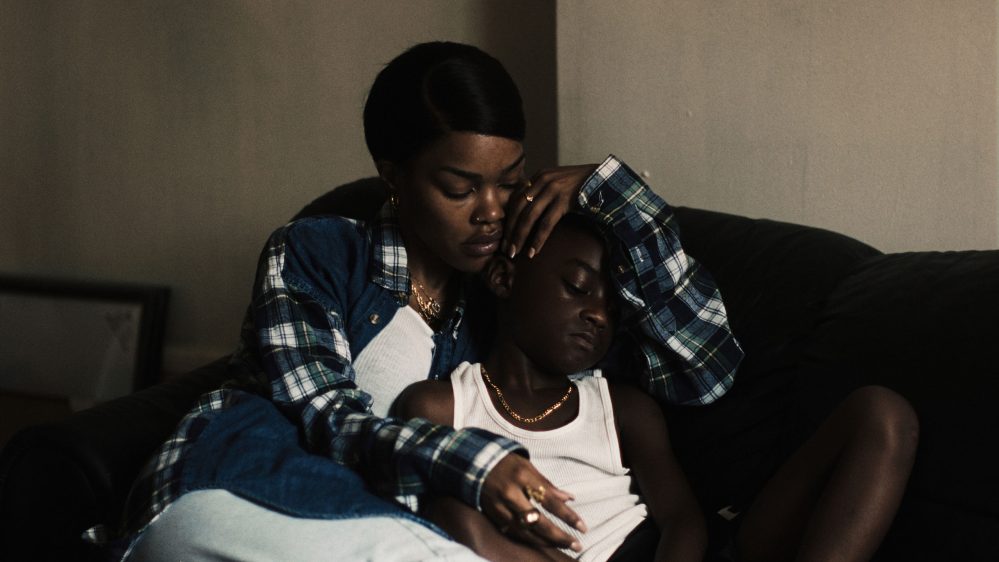 One of the many things that sets “A Thousand and One” apart from other, similarly tough-minded stories of urban struggle, poverty and marginalization can be felt practically from the start, as director A.V. Rockwell introduces Inez (R’n’B performer and choreographer Teyana Taylor) walking the pavement along a painted brick wall in early-’90s Harlem. The way composer Gary Gunn’s symphonic music swells and swirls on the soundtrack, and the way the camera gazes up at her from below as it tracks her purposeful stride, give this ordinary woman, whom we already know has only recently been released from Rikers Island, a heroic kind of dignity.

In her Sundance-launched feature debut, Rockwell uses the full range of cinematic expressivity to turn a small, often tragic story of raw deals and rash decisions into an admiring portrait of survivorship, determination and resourcefulness. Inez might be part of a stratum of society that the system likes to ignore, but she is anything but invisible.

On the street, Inez spots Terry (Aaron Kingsley Adetola), the little boy she’d left behind — not for the first time, it seems — and who was then placed in foster care when she went to prison. She is desperate to talk to him, but Terry hides behind his schoolmates and will not engage. Some time later, a friend lets her know the kid has fallen from a window trying to escape his foster family, and is in hospital. This time, when Inez visits him, he thaws. The toys she’s brought him may be “corny” (he’s more into Power Rangers at the moment), but he gradually warms up, until it’s time for Inez to go and a heartbreakingly hollow look of abandonment crosses his face.

On an impulse, but with Terry’s eager complicity, Inez simply walks him out of the hospital. She’s determined to be a mother to him even if it means she’s guilty of kidnapping a ward of the state, even if she has no job, nowhere to stay and few friends she hasn’t already alienated somehow.

Eventually she scrapes enough together from casual jobs to afford a small rental walkup. She buys Terry forged papers, calls him by a different name and enrolls him in school, where he quietly flourishes. Her on-off lover Lucky (Will Catlett) is released from jail and for a while they’re a family of three, until Lucky once again leaves. Terry accuses Inez of driving him away. So it goes: The absent parent can be idolized; the one who sticks it out gets the blame.

Still, the years pass (the film spans almost two decades) and Inez’s guard relaxes a little. But surely they are on borrowed time, especially when Terry (played at 17 by Josiah Cross) starts to want to assert his independence, to get out into the world that doesn’t know his real identity. Secrets so long kept are doubly dangerous when breached. Who knows what other revelations will come tumbling out in their wake?

Inez is a gift of a role for a performer of Taylor’s commitment, and she tears into it, giving what deserves to be her breakthrough performance (she made her film acting debut in 2021’s “Coming 2 America”). Onscreen almost every moment, she’s the energetic, extroverted personality whose abrasive, combative flaws are difficult to tell from her abrasive, combative virtues. “I’ll go to war for you,” she vows to Terry, “fight this whole fucked-up town for you.” Hers is a streetwise, experience-hardened love. Tenderness manifests as anger, protectiveness is expressed through scolding. The ferocity of her maternal affection is both wonderful and terrifying, but she knows it’s what is needed to keep her little family together, in a callous world that will never fully believe her intentions are pure.

Deeply felt though it is, the Inez/Terry story is really only half the achievement of “A Thousand and One.” The other, parallel strand is an impressively drawn portrait of a changing New York City, tracked via offscreen TV news reports of Giuliani’s jaywalking crackdown, his notorious stop-and-frisk policy and eventually Mayor Bloomberg’s election. Inez’s early-’90s kiss curls and chunky golden hoop earrings fade out of fashion, white neighbors move in, old locals move out. Even the tenor of Erick K. Yue’s rich, dynamic cinematography changes, with the gritty vibrancy of the earlier sections giving way to a cooler palette, and a more restrained, less mobile aesthetic.

Soon Inez herself is met with the smiling face of gentrification, in her apparently affable new landlord Jerry (Mark Gessner), who comes to make unnecessary upgrades that “accidentally” render the apartment all but unlivable. “Be from Harlem, but not of Harlem,” her friend Kim (Terri Abney) had advised her many years before. But in so many ways, Inez is Harlem, and the story of her trying to keep the system at bay in protection of her son becomes, in Rockwell’s sensitive handling, also the story of an embattled neighborhood fighting a valiant but losing battle against erasure in the name of progress.