10 Dinos In Jurassic World Dominion Had Never Been Seen On Screen Before, But One In Particular Was ‘Really Hard’ To Create 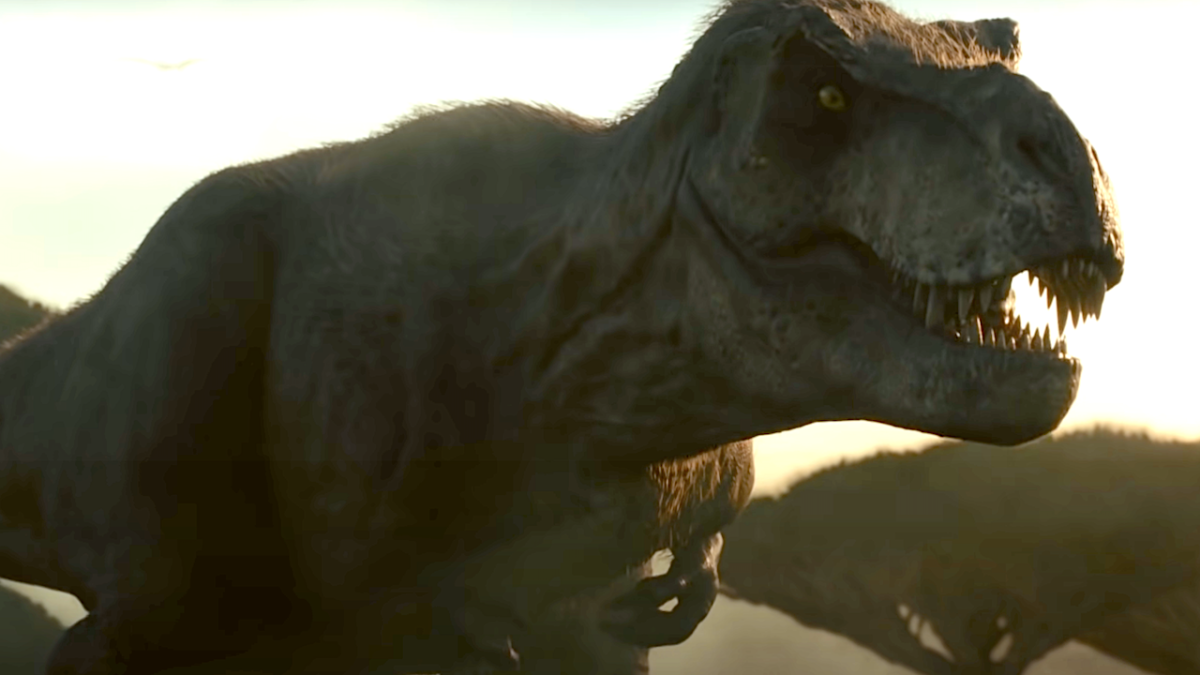 The Jurassic World franchise has done a great job introducing audiences to a number of different dinosaurs. You’ve got your T-Rex, velociraptor and brachiosaurus, and let’s not forget the terrifying hybrid dinosaur Indominus Rex. In order to close out the Jurassic World franchise, director Colin Trevorrow knew he had to go out with a bang by introducing ten new dinosaurs in Jurassic World Dominion that have never been seen before. However, there was one dinosaur in particular that was “really hard” to create.

It seems like Colin Trevorrow cannot help but find a new dinosaur for Chris Pratt to run away from, like the Atrociraptor, which is considered one of the deadliest of the 10 new dinosaurs. As for the one that was the hardest to create, Trevorrow answered that question in The Hollywood Reporter’s Behind the Screen podcast.

While the new Jurassic World films are known for their use of CGI, the creators behind Jurassic World Dominion went the old-fashioned route that 1993’s Jurassic Park was known for. Feathers were gathered all over the world for this small, bird-like predatory theropod, and an animatronic was built to see how the light would play off of the feathers. An animatronic that will surely excite fans is the return of the Dilophosaurus, which was responsible for Dennis Nedry’s death in Jurassic Park. Once those elephant-like ears of theirs start to pop out, all you’ll want to do is run or beg for mercy.

Other than being introduced to terrifying new dinosaurs in their prehistoric form, expect a return of the legacy characters from Jurassic Park. Laura Dern’s Dr. Ellie Sattler reunites with Sam Neill’s Dr. Alan Grant and Jeff Goldblum’s Dr. Ian Malcolm to investigate giant locusts created by the corrupt genetics company Biosyn where Dr. Malcolm works. Once again, we’ll be seeing Dr. Alan Grant leaving yet another dig site to face danger and a bunch of hungry dinosaurs.

What comes as disappointing is that the Jurassic World franchise is supposed to be about dinosaurs, but apparently this film is far from that. Our own Eric Eisenberg shared in his his review of Dominion how the film should have gone more toward dinosaurs being a part of our ecosystems, but instead delivered us bland storylines that the filmmakers apparently found more interesting. Other online reviews for Dominion talked about how uninteresting the more recent characters are, and how the main plot feels disjointed. Despite the not-so-rave reviews, that’s still not stopping fans from seeing the movie, as it dominated Top Gun: Maverick at the box office.

Despite Dominion not quite shining on the critical front, it looks like we can still look forward to the insanely-scary dinosaurs Colin Trevorrow brought us. You can see the newly-released conclusion of the Jurassic World series in theaters now.